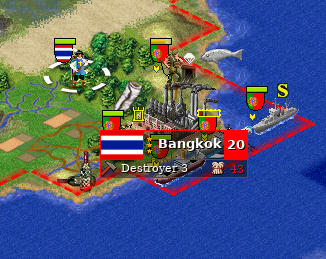 Freeciv has no conventional cheats. It has neither a cheat menu nor does it have special key combinations that allow cheating. However, cheating is still possible through the chat functionality where you can issue Freeciv commands. The cheat outlined in this article allows one to fully take over and play as another AI player. By temporarily taking over an AI player, you can ensure that your units do not get attacked. You can also weaken the AI player by putting it through diplomatic actions that are wholly in favour of your real player. You can, for example, make the AI player transfer gold, technological advances, and cities to your real player through diplomatic actions. Diplomatic meetings will of course require diplomatic contact between the two parties involved.

To control an AI player, you will first need to disable the AI for that player. In this guide, we will assume that we want to control the Portuguese led by 'Afonso IV' (refer to the image below for the current list of nations). 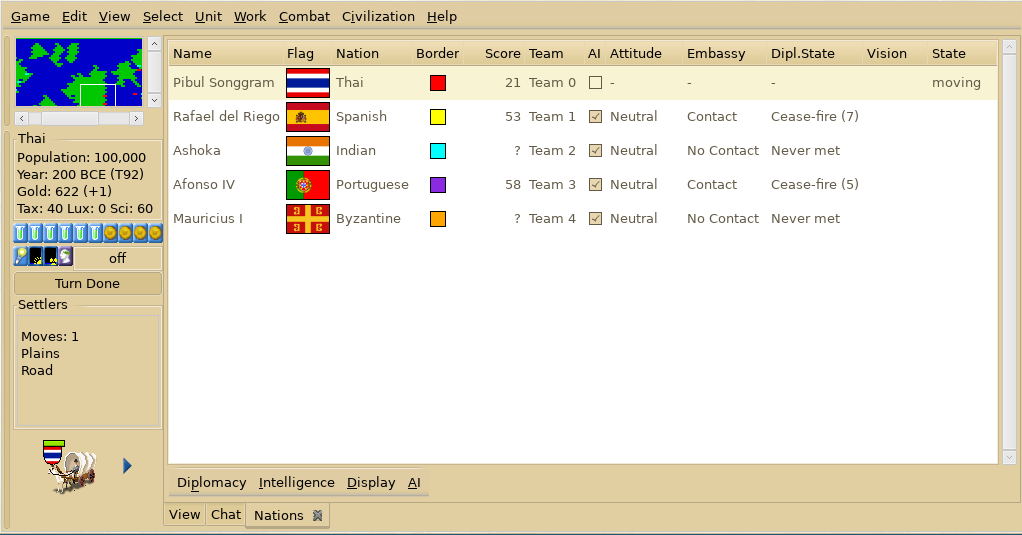 To disable the AI for 'Afonso IV', go to the chat tab, and enter this command in the chat box: /aitoggle Afonso IV.

Next, to fully play as 'Afonso IV', issue this command in the chat box: /take 'Afonso IV'. Notice that 'Afonso IV' is enclosed in single quotes. This is in contrast to the aitoggle command that does not require the player's name to be placed within single quotes.

Even in the absence of official Freeciv cheats, one can still manipulate the world through chat commands. There are other ways to cheat using chat commands. You could, for example, use it to build nuclear units. I will leave that to you to explore. Happy exploring and cheating! :-P